Its been a while since my Hawaii trip but here is what happened after my week in Waikiki.   I spent a week on the amazing North Shore of Oahu, I can’t even describe how excited I was to go there, with or without waves..

Like most other UK surfers, I don’t get to watch the ASP Tour live from the crowded sunny beaches around the globe, but usually from the comfort of my own bed – with my lap top propped up on some books watching the live stream – which usually freezes every now and again and is mostly on at an unsociable hour.  However, this is one of the ways I still feel connected to the sport while being land locked in London.

So when I parked my car at Ehukai Beach Park, walked to the edge of the grassy area, down through the gap in the trees and walked down to the left to stand with my back to the Volcom house looking out at the ocean, I was there.  Standing where hundreds have stood before watching THE event of the surfing calendar, Pipe Masters.  I know I was there in July which is the worst time for waves, but it still left me a little speechless.  One day, I will get there to witness Pipe being surfed properly.

I can’t even imagine how busy and hectic it would be on the otherwise pretty quiet North Shore during these kind of events.  There is only one road along this coast line, which also doubles up as the islands ring road, so it would get massively clogged up!  Its quite a good cycle though, most of the famous beaches are situated on the ‘seven mile stretch’, so I headed out to see Sunset on my bike 🙂

More on the North Shore, I went to check out Waimea Falls before checking out the beach.  Hawaii is a set of volcanic islands and so the landscape is pretty incredible!  At Waimea, you have the beach on one side of the street, and on the other you have a steep gradient which is covered in rain forest, this is where the falls are.  The walk to them is amazing, full of 1000’s of different flowers, plants, trees, water lilies.. Def worth checking out if you venture to the islands. 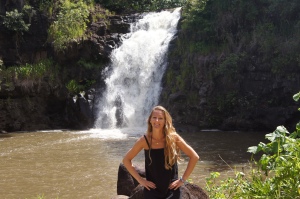 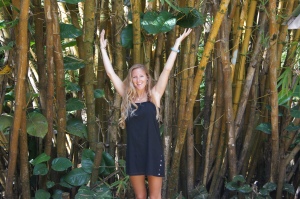 Then it was time to step onto Waimea Beach.  It was so hot and the water was so clear, its very hard to imagine it working (surf term for good waves).  Swell travels miles and miles to hit Hawaii, but the swell has to be BIG for it to hit Oahu and make Waimea work, eg. the Eddie competition has only been held eight times since the contest started in 1984 where the waves have to be a minimum of 20 feet (Hawaiian measurement).  So it doesn’t happen very often!  As you can see from the pics below… flat.

One thing that stood out at all the beaches is how everyone loves the water, life revolves around it.  The lifeguards are always there and are very welcoming and interactive.  The kids love the lifeguards and they love the water, they are so at home with any water activity.  At Pipe, the guards were booting footballs into the ocean and then signalling for the boys and girls (who were laying on their bellies facing the tree line) to race and retrieve them, and this was with a pretty heavy shore dump (probably lame for there, but huge for anywhere else!)  And then at Waimea, there were maybe a 100 people involved with climbing and jumping off the famous rock and also countless people fishing.  Life there could not be more of a polar opposite to the UK life if it tried.

I did a couple of shoots while I was there.  One was at Turtle Bay, but the water was too murky so we had to do another one, which was at Waimea.  The water was so clear it was amazingly beautiful.  One of my favourite moments of the trip was swimming underwater, eyes open, heading out to sea in clear empty waters.  It was one of the most absorbing and peaceful moments I have ever witnessed.  The photo below captures a slither of that moment: 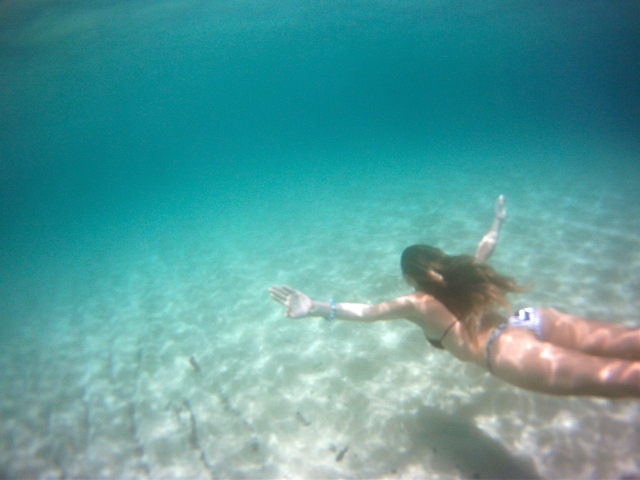 I was lucky enough to stay at the lovely Turtle Bay Resort while I was there.  Again, this felt like a dream after seeing it featured in different movies.  The room had everything you could possibly need, including an ocean view!  The beaches were amazing, partly because of the turtles – I was sun bathing and as I turned over I looked at the ocean just as a turtle had popped up to take a breath!!  After shooting in the actual Turtle Bay, I paddled in and noticed the rocks underneath were very shallow, then the rock moved and turned out to be a turtle underneath my board, how cool is that!

I had to visit the Surfer Bar in the resort, its a must as its where most aspiring Hawaiian musicians start out (or so I’ve been told)!  It happened to be open mic night and the bar was packed!  No, I did not sing.  However it was interesting to hear how different the music is there.  It makes sense as the islands are right in the middle of the Pacific and have influences coming in from Asia, America and Australia.  So when you hear the tunes of Jack Johnson and Donavon Frankenreiter, that is Hawaii!  🙂  It was also pretty weird to hear some English music on the radio over there – Ben Howard (makes sense), also Olly Murs, Ellie Goulding, and of course, Adele.

Oahu is an amazing place and I wish for more time there in the future.  I haven’t done it enough justice on this blog, but I hope I have got across that its a wonderful place, filled with kind and friendly people whose lives revolve around the water.  Go visit if you can, you definitely won’t be disappointed!! 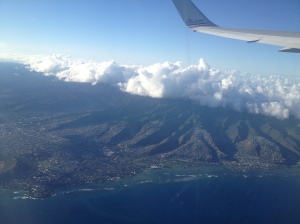 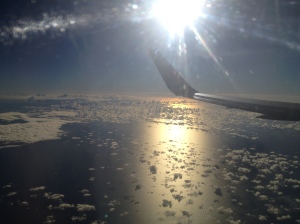 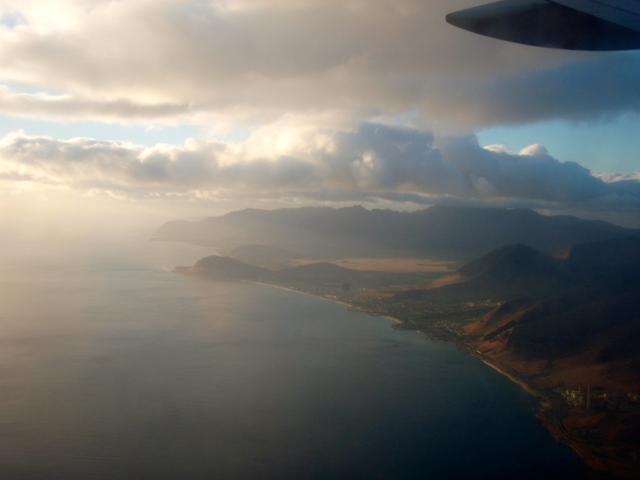 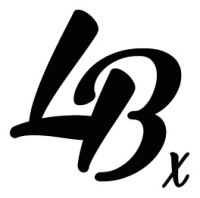