After over a decade of Nationals, I thought that last year was going to be my last year competing.  I massively over cooked it on trying to get a title and I ended up undoing months of physio to try and get an air trick back.  It all backfired, I fell on both my laps and came in last.

Losing is weird.  You have to look at yourself and figure out what went wrong and how you can change things to get the result you want.  I wasn’t annoyed at the result as such, I was more annoyed at how hungry I’d been for it and how I’d pushed myself and consequently injured myself trying.  When would it stop?  Would it ever stop?  When would I just let it go now I’ve got two little kids at home who depend on me?  When would I just accept that after over a decade of competing, that a National title was just not going to happen.

I was deflated and had to learn that I needed to train my body harder to build myself up to prevent from injury.  I knew this but I started a new routine to push me further.  To become stronger.  I had to work harder post kids and post 30.  Sucks doesn’t it.

I thought I was over it, until the announcement came through that the Nationals were being held at Liquid Leisure, hands down, a ridiculous cable park, and one that favours park riding rather than air tricks.

My mind started racing.  My heart rate started increasing.  I started to sweat. My mind went through all the scenarios over and over again, I was in a trance like state visualising winning.  And this was with months to go.

I didn’t enter the comp for a while but then I thought, fuck it.  Just do it and if you don’t want to ride, then don’t do it, but at least you have the option.

The Masters Women had to ride their qualifiers on the Friday, which I qualified 1st.  I have done this before, years ago, and then cocked up in the finals so I wasn’t that confident.

Finals day came and I was nervous.  So nervous.  Multiple times over Champ, Steph Caller had given me a pep talk, and a super healthy breakfast to get me on my way.  I went through the nervous toilet situation, followed by getting into my wetsuit, then another nervous toilet situ.  Then it was time.

I was last out as I’d qualified first so I got to see what the other women were throwing down.  I put in a solid lap and was still in first.  Phew.  Only one more lap from everyone to go before it was all over.  The other women went and all the results came in… I had done it!  None of the scores beat my first laps score! This was a brand new feeling to me, I had to double check that I’d won.  I had a victory lap, my very first victory lap.  Ever!!  I cried on the way round.. what a dick.

Winning is very different to losing.  Winning is easier to deal with.  Winning the Nationals this year was like a massive relief, a huge weight off my shoulders.  I had finally done it, finally got a title.  After all the years I’d been wakeboarding, competing, filming, all the photoshoots, demo days, sponsors events, ladies mornings, girls days, GB development camps, coaching qualifications.  I had finally achieved the one thing that I had wanted the most. And it felt great.

The ocean and I go way back.  My first encounter was in the south of France when I was eighteen months old.  My folks walked me down to the ocean and apparently I just kept on walking until the water was nearly over my head.  That was it, I was sold.  I needed the ocean in my life.  Like many millions of other who feel they have a connection to the ocean, I have my reasons as to why I love it, and I’m sure you do too… Here are mine: 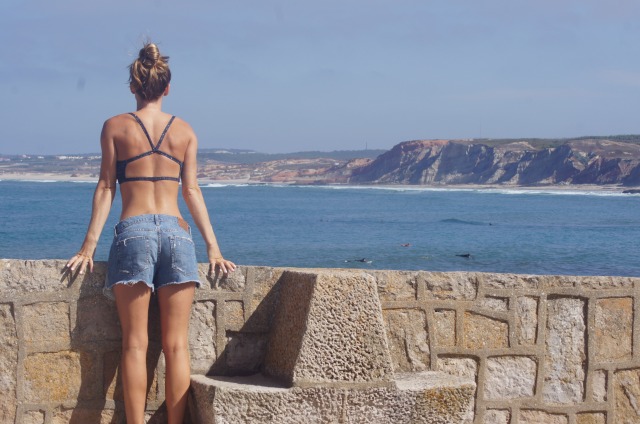 1. Calmness.  When ever I pull up to the ocean, no matter what its doing, I get a wave (pun intended) of relief wash over me.  If you get the feeling you’ll know exactly what I mean, if not, its quite hard to describe.  Its like I’m exactly where I need to be.  The calmness sets in and time doesn’t exist.  (I get this feeling when I’m near any body of water which is probably why wakeboarding has stuck with me seeing as I’m landlocked!) 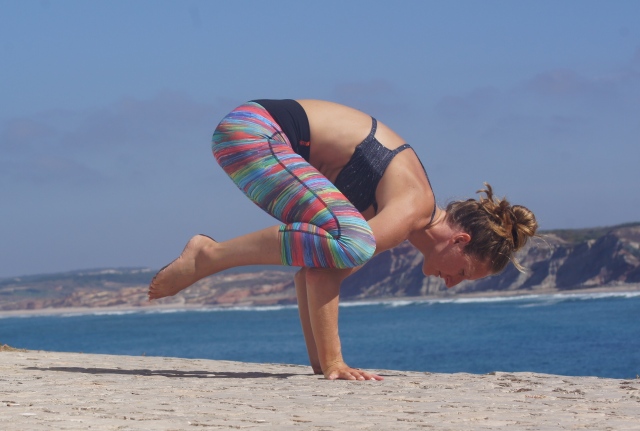 2. The lifestyle.  I absolutely love waking up not have to worry about clothes or make up.  When I’m on a surf trip, everything is stripped back.  No outfits, no make up, no hair styling.. just glowing skin smelling of sunscreen, salty hair and slightly burnt lips.  Its the simple life and its fabulous. 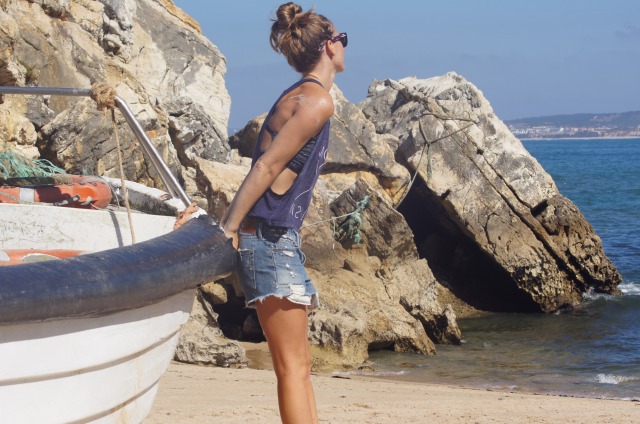 3. The beach.  I have always loved the beach, but now I have a new love for it because of my kids.  I’m doing all the fun stuff that my folks used to do with me, like build sandcastles and bury each other.  The beach is a much more valuable place for my kids to play than an indoor play centre. 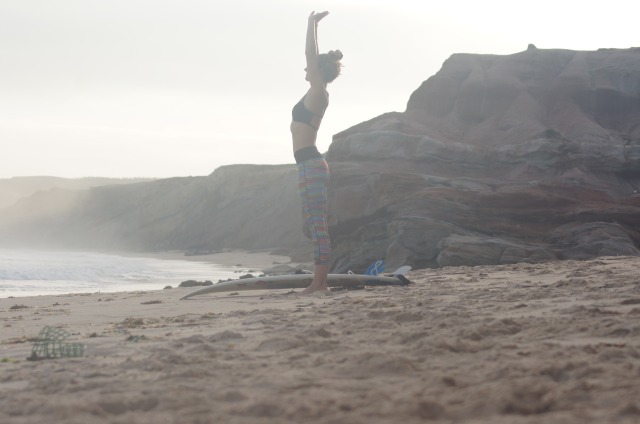 4. The ocean.  If there are waves you can surf.  If the conditions are not right you can do anything else, swim, jump over waves, body surf the shore break, paddle board, the list goes on. 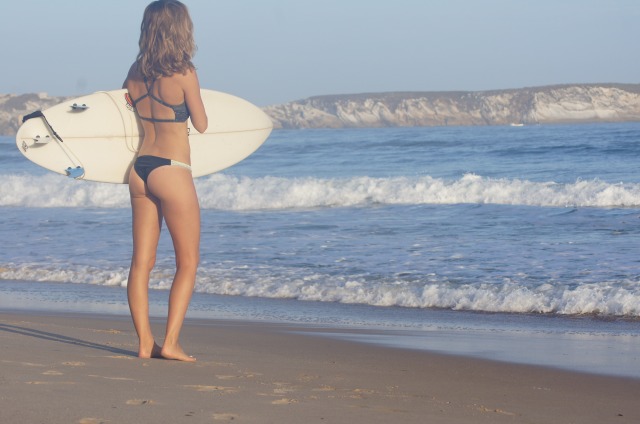 5. My body.  I absolutely love what the ocean does to my body, because I’m using it, it keeps me fit and healthy.  The salt heals everything.  Everything.  Also there are more negative ions around large areas of water which boost our mood and help us stay positive.  (Seriously, google it). 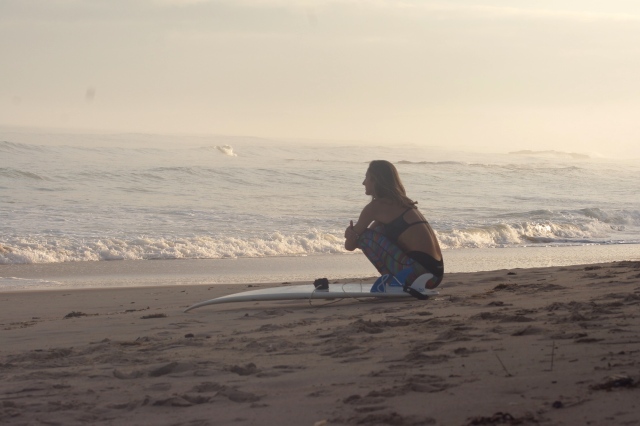 So if you’re an ocean lover like me, high fives!  If you’re not, get yourself to your nearest body of water, take a moment to just stare in silence and see you can feel it. 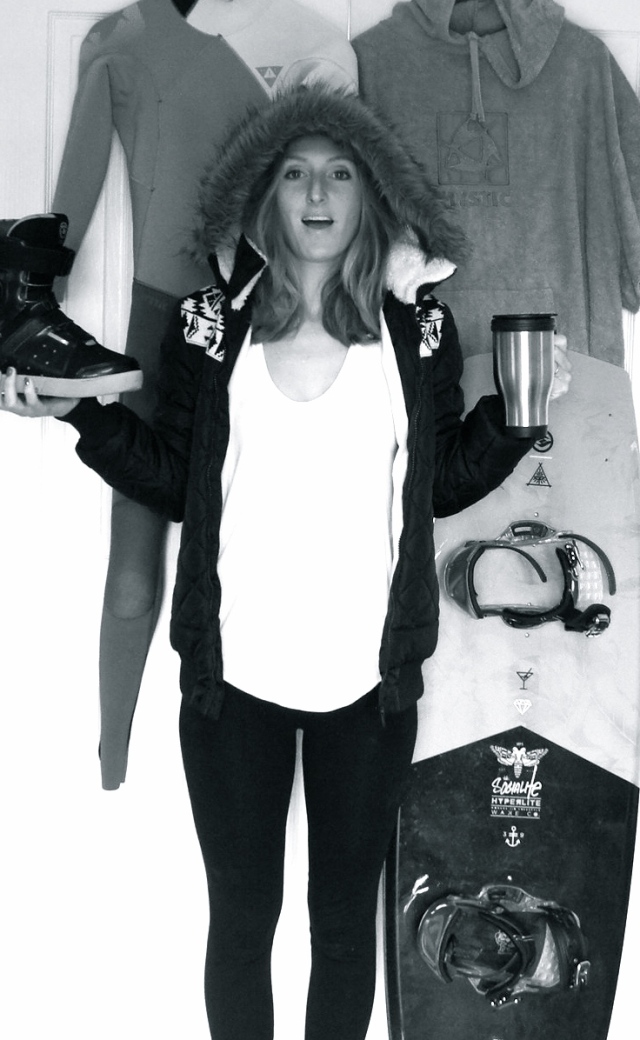 It does have its good days though.  Sometimes.  You know those rare bluebird days when theres been a frost and the air is crisp?  Those are my favourite days in the English winter. Unless it snows… I’m always a fan of snow.

Those crisp days are the best ones to ride on, theres just something slightly magical about them, even if they are bloody freezing.  However, they don’t come about to often, so you just have to suck it up and ride in the miserable grey windy, drizzly weather this beautiful little island attracts.

So, how do we survive riding throughout the winter….? 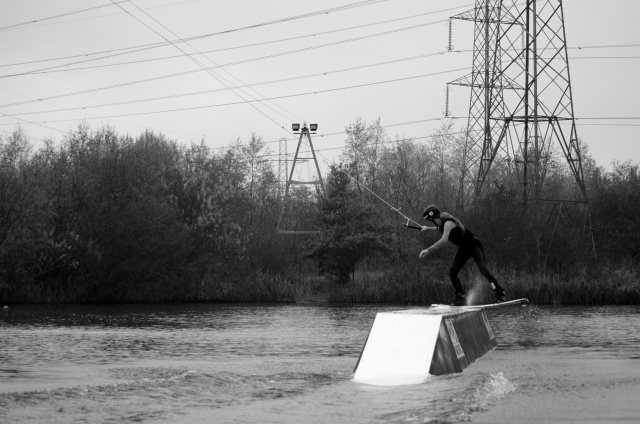