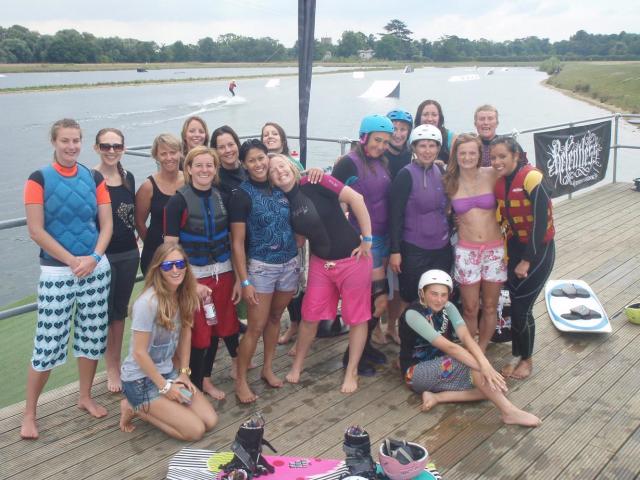 It was that time of the month again… time for our Ladies Morning at BEP.  It was hot, it was sunny, and it was flaaaaaat.  We had a great crowd of chickadees venturing down from Nottingham and up from WakeMK, and we also had the usual local faces 🙂

had blind 180s on the wall ride from Kathryn. Sharm was macking at the kickers and throwing scarecrows, people landing the bell for the first time, and even half cabs off the kickers. It was all going off and everyone was having fun.

If you want to get involved, the next chicks shred sesh is at WakeMK on Sunday 17th July, check out more dates on my Girls Only page. 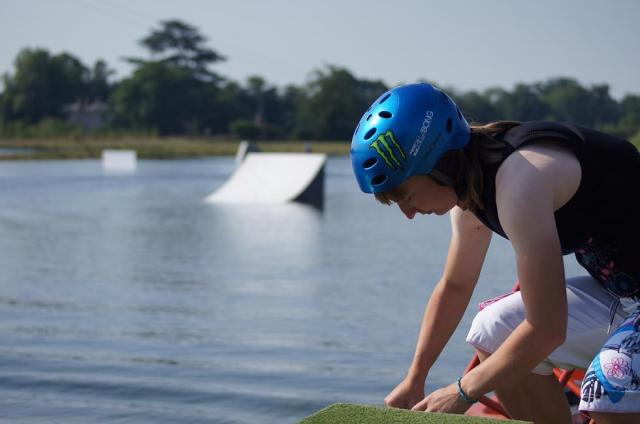 Louise getting ready for some half cab tail grabbing action.

Professional wakeboarder and Level 3 Coach from the UK. Surfer. Traveller. Health & fitness. Wanderer. Wife. Mother of two very adventurous little boys. Wine.
I’ll be in my garden, not catching my flight today. ✈️ We were due to head to Miami, then Naples, Orlando and then back to Miami with the fam over the next couple of weeks... but at least the sun is shining in England ☀️ #stayhome . . @mysticboarding // @watersportsworlduk #mysticboarding #sp
There’s going to be a whole lotta posts featuring my garden shed over the next couple of months. 🤷‍♀️ . Tee from @mysticboarding // @watersportsworlduk . . . #sp #mysticboarding #breakboundaries
I’ve left the house 3 times in the last 16 days... should I be slightly worried that I am not bothered by this? w/ coffee . . . . . @mizulife #gifted #mizulife #sp #coffee #butfirstcoffee #walks #hikes
When will the next adventure happen 🗺🤷‍♀️ . . @mizulife #mizulife #leavenothingbehind #gifted #sp
Cheers to the start of summer time ☕️ . . . . @mizulife #mizulife #gifted #sp
Update: Nearly done with quarantine! Aaaaannnnddd now we’re in lockdown. So the most asked question I got over the past couple of weeks is: do you think you’ve actually got it? And also: it’s probably just a cold. The answer is, I’m not sure and also, it’s not a cold 🤧 I’ve had a mild cough, a small temp, aches, a stabbing pain in my left side, and injuries hurting that haven’t hurt for years. But I’m on the mend a just feel a bit weak now. My household have also been coughing and the kids had small temps, but they seem to be ok now too. Hopefully because we’ve been at home, we haven’t passed it on to anyone else. And thanks to Mumma bear, as she has kindly been delivering food on our doorstep for us 🙌🏻 . #stayhome #unrelatedwakeboardphoto
Why I won’t be jumping in this weekend 😫 We’ve been in household isolation this past week because I’ve had very mild symptoms. It started with a ‘I feel like I’m getting sick’ throat, then a cough, then a small temp, then body aches and some dizziness. I felt embarrassed about having to lock us down. It’s now spread throughout the household. We might have very mild symptoms & because we’ve stayed home & rested we’re on the mend. I might have felt very silly in doing this because, after all, we’re not even sure if we’ve got the virus that shall not be named... but at least we’ve reduced the risk of passing on to those who are at higher risk than ourselves. 🦠 Only a week of household quarantine to go.... 🤦‍♀️ #wellbeinlockdownwhenwevefinished #willweeverknowifwevehadit #thankgodwevegotagarden
That was a really fun ride 🙌🏻 It was the season opener at @xtreme_wake and their park was on point. My forearms still need work 🙄🤦‍♀️ #forearmswereonfire
Who doesn’t love a bit of wakesurfing 💃🏼 More of this soon 🙏🏼